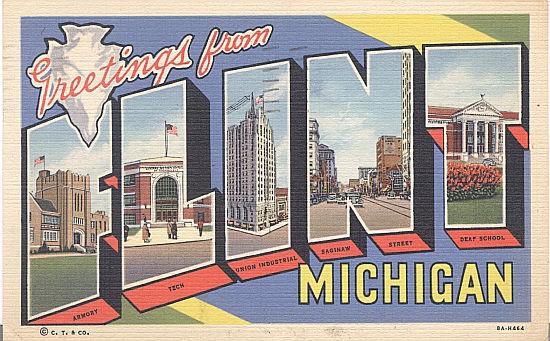 Living in drought-stricken California, I have become much more aware of how much water I use, especially after the first water bill. It is a constant running gag when I talk to people about moving from Arkansas- for the first time in my life, my water bill in the summer is more than my electric bill. With this in mind, I started reading more water reports to see where we stack up. Food and Water Watch has an office in Oakland, so it is pretty common to hear people in the area talking about new reports from this office.

The latest report was released this month. It was a relatively short read, so I figured I would give it a cursory skim over my lunch break. The first few figures where the kind of charts and maps you expect from water reports- the south western part of the US uses a lot of water, it translates into higher bills in these area, etc. It was on page 10 when suddenly a water report turned into a much more repulsive read.

Flint, MI has been a national topic for the past 6 or so months (albeit much later than it should have been). In January, President Obama declared a state of emergency in Michigan for the lead poisoning crisis that has hit Genesee County. And by hit, I don’t mean like a surprise storm that pops up out of the clear blue skies as much as I mean an insidious attempt to overlook a potentially deadly problem set in place to save money (emails show the governor’s office was well aware of the problem months before he claims he was aware and the head of the Michigan DEQ resigned because there was no treatment of the water they were funneling into homes, schools, and businesses). But that isn’t what caught me off guard in reading the water report.

The population of Flint is 57% black. 42% of the population falls below the poverty level. Whether or not race was mentioned in Governor Snyder’s emails does not eradicate the persistent and documented cases of environmental racism in the United States or change how squarely what has happened in Flint fits into that cycle. I’m sure there will be more verbal responses from Snyder after this report begins to circulate even further. At some point, though, one hopes the governor’s office can stymie releasing statements and maybe start taking both responsibility and action to try to both literally and figuratively clean up the toxic mess they have dumped on Flint.